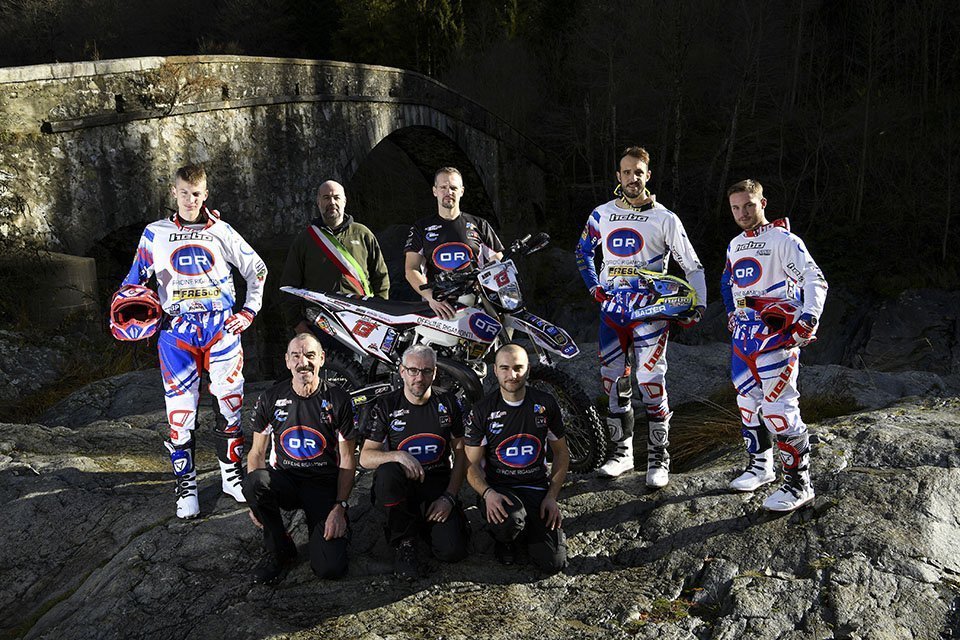 What does the world of brass and engines have in common? Valves and a passion for new challenges.

TTR Officine Rigamonti is the team born from an idea of Thomas Gianotti, former driver and current Team Manager. After a few years in the national championships, the team has gained access to the Enduro World Championship from 2018. Since 2019, the commitment has doubled with the participation in the Superenduro World Championship and in the WESS, World Enduro Super Series.
Superenduro is an indoor discipline with artificial tracks and obstacles. It runs in arenas and in heats of fifteen drivers. WESS, on the other hand, is an outdoor championship and consists of eight tests: four extreme enduro and four classic enduro.

TTR Officine Rigamonti participates in both championships with the Spanish driver Pol Tarrés: born in 1993, he initially emerged in the world of trial, winning the “Youth” world title. Then the transition to enduro, entry into TTR and a 2019 full of satisfactions: fourth place in the Superenduro World Championship and tenth in WESS.

Like Officine Rigamonti, Pol never stops. And together we are ready to face any challenge.